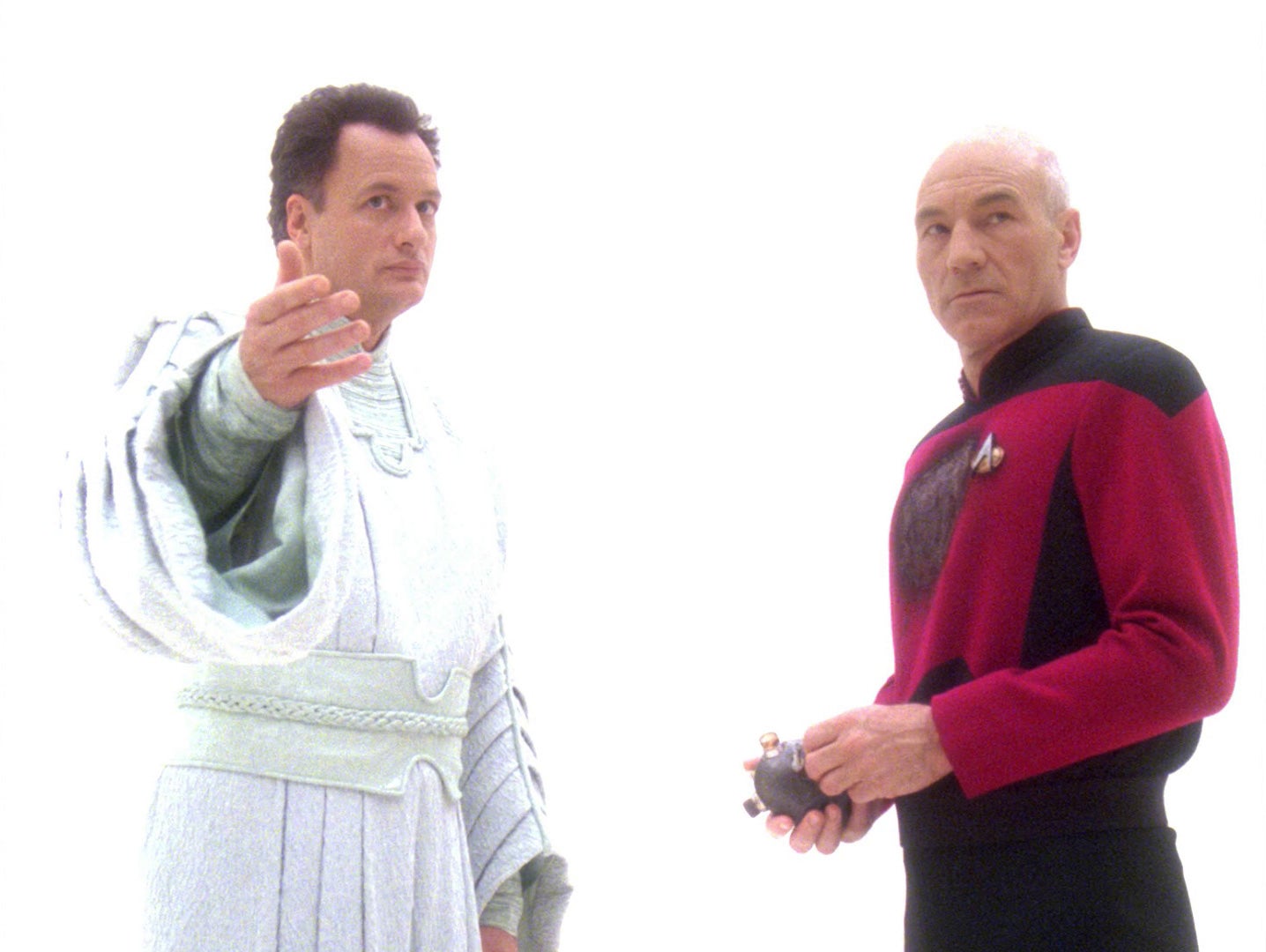 The show, ‘Star Trek: The Next Generation’, has always been a favourite of mine. There have been many debates on which episode is the best; and if asked, my pick is the episode named ‘Tapestry’ (episode 15 of Season 6). The reason being that this particular episode offered several lessons about how we are to get the most out of life and how we are to boldly…be bold!

At the beginning of the episode, Captain Jean-Luc Picard is injured during an incident and ultimately dies (or not, we’re really not sure) due to his artificial heart being destroyed.  Picard then enters another realm where he meets Q (a constant antagonist). Through their banter, we learn that Picard having an artificial heart was the result of a younger Picard losing his actual heart when he was stabbed in a fight. Q also mentions that an actual human heart would have survived the incident that later damaged the artificial heart. Picard then admits that, if given the opportunity, he would live that moment over again and avoid the fight. Q obliges and sends Picard back into time to two days prior to him being stabbed in the heart; but now with his current mature mind and the benefit of hindsight. Picard then avoids the fight and saves his original heart as he wanted.

Picard then enters the ‘new’ present after avoiding the fight. To Picard’s surprise, he is no longer the captain; but is a much lower ranking officer on the Enterprise. He views his new life as mundane and unexciting. He now prepares reports and hopes to be noticed. Picard then engages Riker and Counselor Troi who tell him that he played it safe and never stood out and as a result, he was never seen as more. At this point, Picard is disgusted and tells Q that he can’t live out his days as that person who is ‘bereft of passion and imagination!’.

Q then informs Picard that him altering his past and avoiding being stabbed meant that Picard never:

“had a brush with death, never came face to face with his own mortality. He never realized how fragile life is or how important each moment must be. So his life never came into focus. He drifted for much of his career…no plan or agenda. Going from one assignment to the next. Never seizing the opportunities that presented themselves……no one ever offered him a command. He learned to play it safe. He never, ever got noticed by anyone.”

Picard then asked for Q to give him a chance to put things back. Q then informs Picard that this means he would die in sick bay. Picard then says,

“I would rather die as the man I was, than to live the life I just saw”

LESSON 1 – DO NOT BE AFRAID TO TAKE CHANCES

The first takeaway from this is that playing it safe can result in a less than spectacular existence, albeit a secure one. The vast majority of us play it safe. We, in fear and seeming practicality, consider the worst possible outcome and operate in fear of that outcome. This often results in us not taking any chances.

The reality though, is that while we may avoid the outcomes we initially imagined, we often experience another undesirable outcome – regret. We end up asking “what if?” We see others, who had the nerve to take chances, succeed at the things we ourselves desired to do; and in the process we see our own rejected majesty as Ralph Waldo Emerson calls it.

The truth is, in taking chances, one may fail. But also consider that you can play it safe and still fail. As Picard’s experience showed, failure (and in his case, actual death), may be lesser in comparison to feelings of regret and stagnancy.

Despite his initial regrets, Picard (and we, the audience) came to realize that Picard would not have been the Captain Picard we knew without being stabbed in the heart. What he viewed as a negative event in his life was actually a necessary occurrence that led to achievement. Simply put, whether good or bad, all things worked together for his good.

People often attribute the positive outcomes in their lives to only positive and intentional actions and events, but can easily neglect how what they consider to be negative lend themselves to us achieving their life’s purpose and success. Without perspective and the willingness to forgive ourselves, we often fail to see how our misfortunes, missteps and mistakes colour the work of art that is our lives.

Our lives will not be one hundred per cent positive and we should not expect them to be. After all, even our perceived heroes are really just overcomers at the end of the day.

When Picard saw his life after avoiding the fight, he was so disgusted that death was the preferred alternative. Here, just being alive to Picard was insufficient – he wanted to live. Going from assignment to assignment, from pillar to post, was a fate worse than death to Picard. While this may be an extreme example, the point is made strongly that being alive and living are not one and the same.

The question we must ask ourselves is – Are we alive or are we living? Are we getting the most out of this life? Are we taking advantage of the opportunities that come our way? Will we be creatures of routine until we die, or will we impact the world in a real, tangible way? What decisions do we need to make to ensure a that we not only have a long life, but a long meaningful life?

While Captain Picard is a fictional character, this episode thoughtfully addressed real issues. And although entertaining, it also forced the audience to question the quality of its own existence. We are encouraged not to fear failure but to fear mediocrity and regret. In one sentence, we should not be afraid to take chances but should be willing to boldly go where no man has gone before.